In Star Wars: The Old Republic there are three different ways players are able to enjoy the game - as a Subscriber, Free-to-Play, or Preferred.

While the team is hard at work revising some systems for the ‘Onslaught’ Expansion, we also wanted to show some love to the Free-to-Play and Preferred players. Most notably these changes will be to the credit cap, Quickbar, Medical Probe, and Quick Travel limitations. Let’s take a look at some of the quality of life changes coming for these players.

Increased credit cap
Long gone are the days where you could buy a gallon of Bantha milk for five credits. Initially when we developed our Free-to-Play and Preferred models, a cap of 200,000 credits and 350,000 respectively seemed like a fair amount. Over the years, it’s become a simple truth that those credit amounts don’t buy what it used to though. As our game has grown, so has the economy. Taking this into account, we will be raising the credit cap of both Free-to-Play and Preferred members to 1,000,000 credits!

Extra Quickbar
Quickbars are another feature that has been limited between the various account types. Currently Subscribers have six available to them, while Preferred have four and Free-to-Play accounts have just two. When this system was initially designed, only four at most were available. Keeping this in mind, we’ll be adding an additional Quickbar for both Preferred and Free-to-Play accounts - increasing the number to five and three respectively. With this addition, players will be able to have more abilities, Mounts, and Mini-pets available to them for immediate use.

Medical Probe and Quick Travel
Lastly, we will be making changes to Medical Probes and Quick Travel. Medical Probes allow a character to revive where they died instead of recovering at a Medical Station. Quick Travel allows characters to immediately travel to a discovered point on their current planet. Both of these features have been primarily available to Subscribers, while Preferred and Free-to-Play players could only obtain consumable versions via the Cartel Market. Both of these features are being removed from the Cartel Market and every player will be able to revive or Quick Travel where applicable!

The changes to the credit cap, Quickbars, Medical Probes, and Quick Travel will be going live in Game Update 5.10.4 in July! 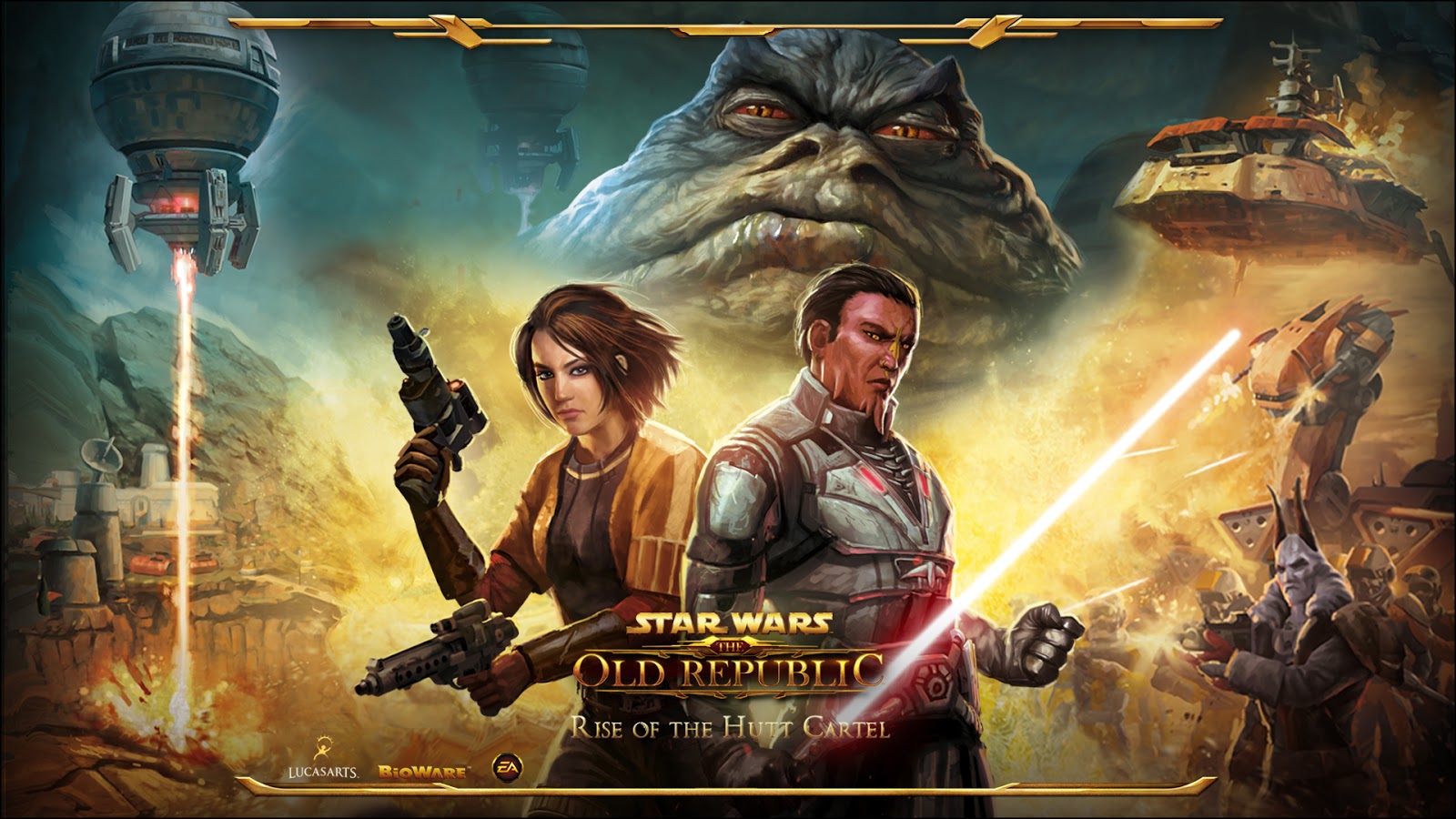 Rise of the Hutt Cartel

In Rise of the Hutt Cartel, players will explore a new storyline on the beautiful and vibrant new planet of Makeb. Here players will continue their faction storylines as they fight against a nefarious new threat, the Hutt Cartel, attempting a take-over of the planet and all its resources. As players progress through the new levels they will earn new gear and abilities along with access to new Elder Game content. As part of the experience, players will also be able to acquire new technological gear including Macrobinoculars and Seeker Droids, which take players on galaxy-spanning new missions to unlock valuable rewards. 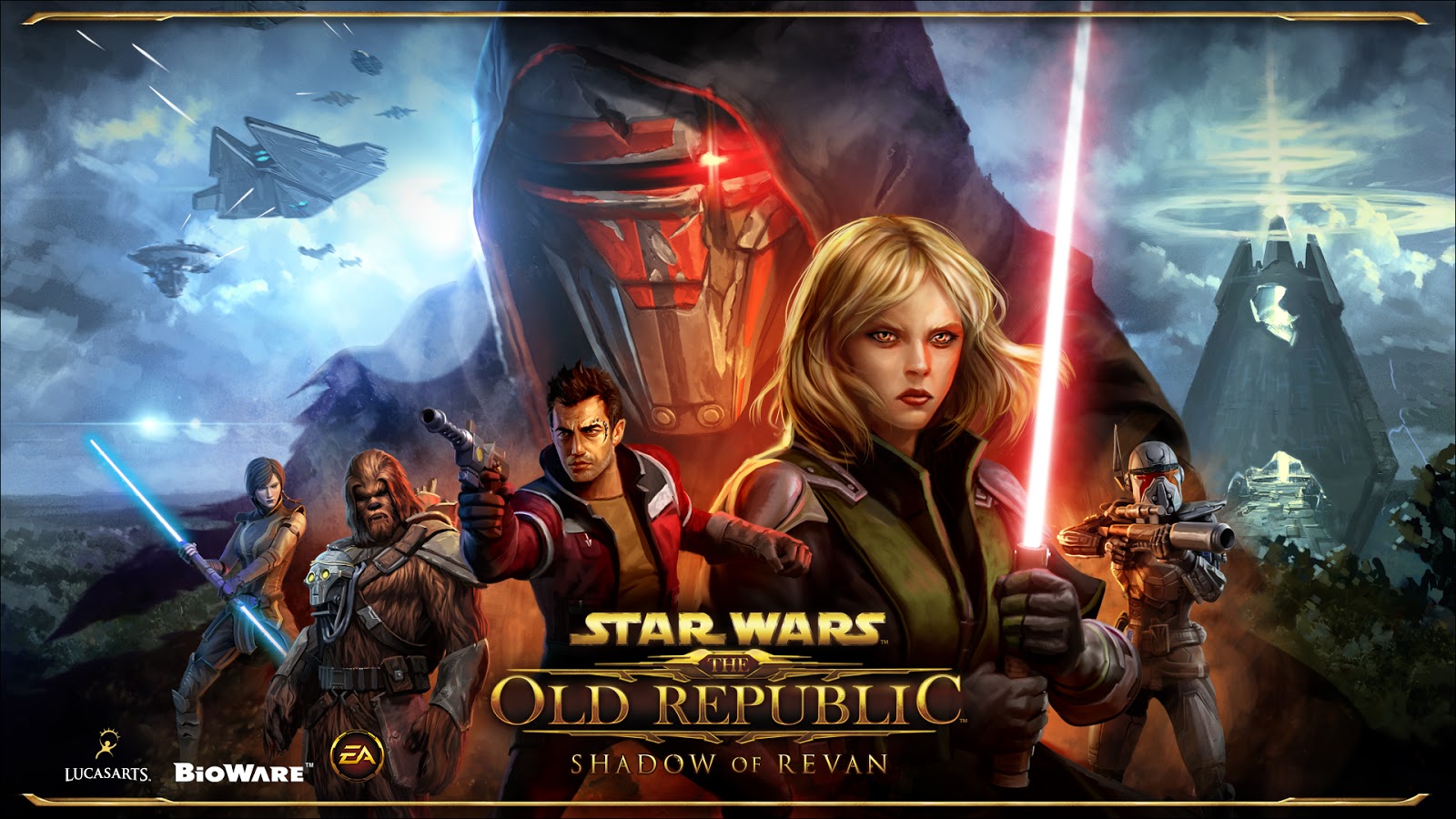 In the midst of the ongoing war between the Sith Empire and the Galactic Republic, a long-hidden sect of extremists has emerged, led by the enigmatic former hero of the Jedi Civil War - Revan. These “Revanites” are mustering an army with an apocalyptic plan that will leave the Republic and the Empire in ashes.

Prepare to face Revan and his fanatical followers as you adventure through five new levels of story-driven Star Wars™ missions, reach new heights of power at an increased Level Cap of 60, explore exciting worlds and fight new high-level multiplayer Flashpoints and Operations in the Digital Expansion, Shadow of Revan!