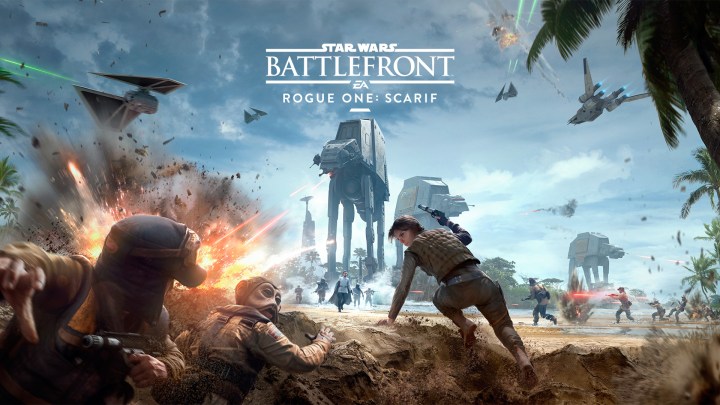 The company has confirmed plans to introduce the rebel Jyn Erso and the imperial Director Krennic. Unfortunately, that’s all EA DICE is sharing at this point.

EA’s confirmed the number of maps coming with the Rogue One: Scarif DLC.

The developer says the add-on will deliver four brand new maps to Battlefront though it hasn’t outlined their names or size.

We know that Scarif is a beach planet so at least some of the maps will be tropical. EA DICE says that the maps should look familiar to anyone who’s viewed the movie trailer.

EA DICE says the new Rogue One DLC will deliver one new game mode that includes space and ground combat.

No online members at the moment