Star Wars™: Galaxy of Heroes, Apple, and WWF are working together to protect life on our planet. From now until April 24th, WWF will receive 100% of the proceeds from all Ewok bundle purchases.

During this special #AppsforEarth event there will be two bundles available, the Ewok Starter and Ewok Booster bundles. Each of these bundles include Ewok characters and Shards, Credits, Training Droids and Crystals to help players assemble their Ewok squads to take part in the event. 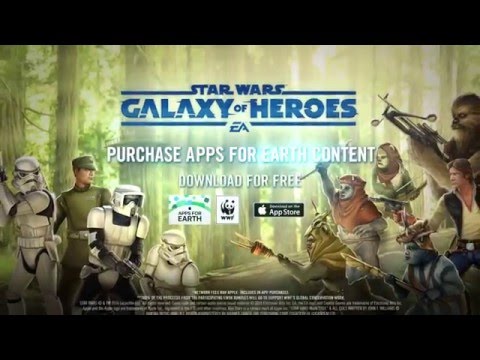