It is strongly recommended that players delete their USER folder for the Public client after patching, particularly if you start encountering any odd character graphical issues or crash on loading. The USER folder can be found (in default installations) at C:\Program Files\Roberts Space Industries\StarCitizen\LIVE. 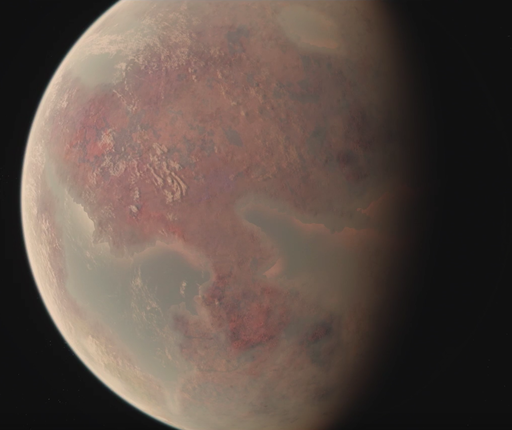 Hurston is the first planetary location and as such is considerably larger than moons and has varied biomes.  Additionally, you will found several outposts, labed HMC (Hurston Mining Centers) scattered about the surface.
Lorville is a large city area and as such only has one legal area for landing and port entry.  Space above residential and commercial areas are protected by a no-fly zone.  Players will be warned when they are entering that zone via HUD warnings, visual indicators, and increasing audio alerts. If they continue into the zone, their ship will be destroyed.  The city has a bar with an interactive bartender and a personal equipment shop (Tammany and Sons) that includes an early implementation of the multi-tool. To move around the city, there is a train style transit system and signs to help guide the way.